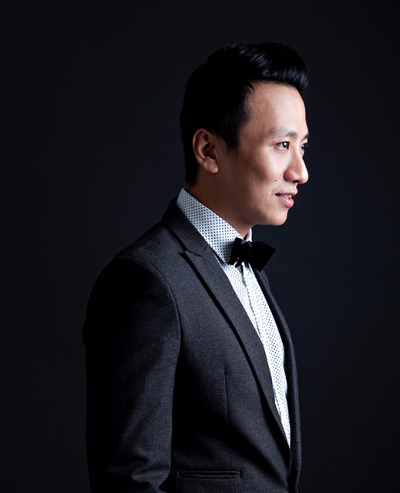 Atsu Sekhose launched his eponymous collection in 2007 with a philosophy encompassing modern opulence, ineffable style and a zealous sense of glamour.

With his innovative hand-embroideries and high quality, this National Institute of Fashion (NIFT) New Delhi alumni has created an indomitable mark in the Indian Fashion Industry. His gowns and dresses have been worn by leading actresses – Kareena Kapoor Khan, Sonam Kapoor, Deepika Padukone, Priyanka Chopra and Katrina Kaif for various red-carpet appearances and events. Atsu has a growing and loyal clientele for his eveningwear in the Middle East and Europe.

His designs have been on the cover of ELLE, Harper’s Bazaar and Femina. They have been extensively featured in editorials and fashion features of Vogue, Grazia, Cosmopolitan and Marie Claire magazine.

Since 2012, Atsu has introduced exclusive Indian Couture collections. He has had the honour of for designing couture gowns for Miss India 2011 Kanishtha Dhankhar and Miss India 2012 Vanya Mishra who represented India at the Miss World competition.

In the past few Prêt collections, Atsu has made a conscious effort to highlight the diverse ethnic crafts and textiles from his homeland Nagaland and its neighbouring states. An initiate taken by The Ministry of Textile (GOI) and Fashion Design Council of India (FDCI), who collaboratively sponsored Atsu’s Spring/Summer 2013 show, galvanized his effort. Atsu’s Prêt collections have been lauded for their mass appeal and have been worn by Bollywood veteran Madhuri Dixit and young starlets; Alia Bhatt and Freida Pinto.

For his efforts, to preserve and promote North Eastern textiles and Crafts, Atsu was awarded the prestigious Governors Award 2013 for “Distinction in the field of Art (Fashion Design)”. India Today magazine has voted Atsu as one of the “Change Makers of Delhi”

Atsu loves traveling and seeks inspiration from his travels across the world. He is a fitness buff and was voted by Men’s Health magazine amongst the “Fittest Men of 2012”.